SPOTTING DANGER BEFORE IT SPOTS YOU 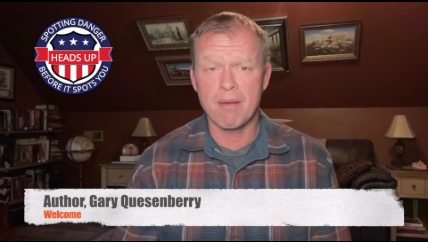 Gary Quesenberry is a veteran, retired federal air marshal, and award winning author, but more importantly, he’s a husband and father of three. He understands that situational awareness is critical to everyone at all ages. That’s why the Heads Up book series exists. Gary empowers individuals, families and organizations with situational awareness and security skills at home, work and abroad.

Welcome to the HEADS-UP Situational Awareness series. Throughout my career as a Federal Air Marshal, I learned a lot of valuable lessons about predatory violence, personal safety, and security in unfamiliar environments. I also learned what it takes to develop situational awareness and how to pass that knowledge on to you and your family. Each book in the HEADS-UP series is devoted to a specific aspect of situational awareness, from its foundational elements to how it affects your kids, teens, and travel. Click on the “Read More” tabs below to learn more about how situational awareness can help keep you and your loved ones safe from violence. 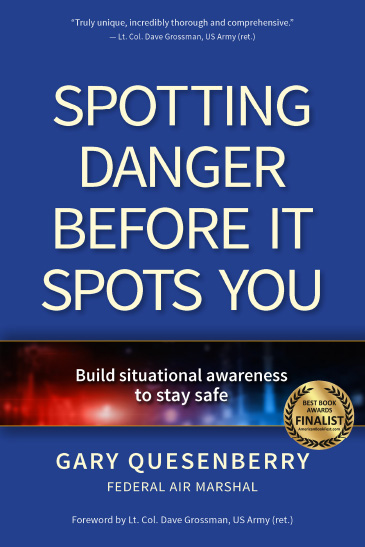 Read More Spotting Danger Before It Spots You 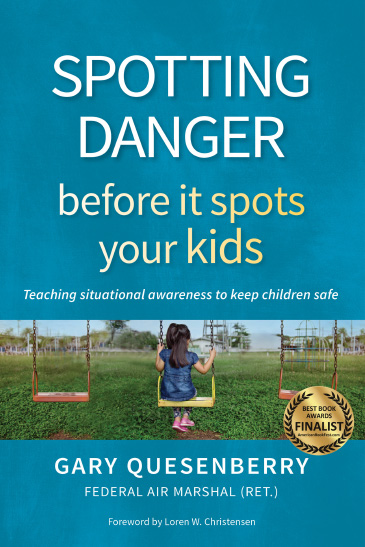 Read More Spotting Danger Before It Spots Your Kids 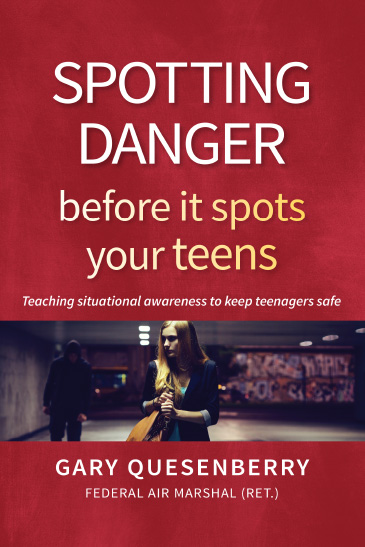 Read More Spotting Danger Before It Spots Your Teens 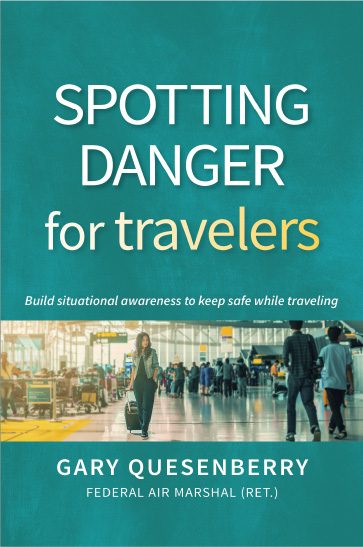 Today more than ever, it is imperative that we pay close attention to our surroundings and learn how to interpret what’s happening around us. Tragic events can often be both predictable and preventable.”

What people are saying

The goal of each Spotting Danger book, and in-person training session, is to take what’s relevant in the world of situational awareness and make that information accessible to everyone at all ages. Let’s take a look at what people are saying.

Gary’s experience qualifies him uniquely in this field and his down to earth personality and professionalism as a teacher and trainer make it easy to follow and absorb his material and hard earned lessons. Learning to spot danger is about winning fights by avoiding them altogether or gaining significant advantages should the fight come to you. Read the books, you won’t regret it.
Amazon Client

Spotting Danger Before It Spots Your TEENS

“Once again, Gary Quesenberry has hit the nail on the head with his most recent book in his Spotting Danger series. Never before have teens been so vulnerable to violence as they are today. Gary, who has raised three children to adulthood, knows all too well the difficulty and dangers that teens face online, in school, in their cars, in malls, and on the street. Gary crams this book with ten chapters that address such issues as the teen’s mind, situational awareness, the power of intuition, visualization, driver safety, and much, much more. Gary’s previous books prove he knows his stuff. As a long-time student of violence and predatory mindset and with a long career as a federal air marshal, the man brings a wealth of experience to his writing. Get this one.“
—Loren W. Christensen
Author, retired police officer, Vietnam veteran, 10th dan American Freestyle Karate, and inductee into the Martial Arts Masters Hall of Fame

“In his latest book, Spotting Danger for Travelers, Gary Quesenberry draws on his nineteen years of experience as a Federal Air Marshal to enlighten readers on the importance of situational awareness while traveling. Far from dry or clinical, Gary expertly weaves the technical aspects of situational awareness with personal stories and experiences to give the reader a deeper understanding of the critical role awareness plays in personal safety. The result is a comprehensive yet easy-to-read guide that covers everything from setting up home security before you leave to post-travel considerations once you return home. So, whether you’re planning a big family vacation, solo business trip, or a quick weekend getaway, I highly recommend reading this book.”
— Steven Pressfield

Spotting Danger Before It Spots Your KIDS

“A work that is greater than the sum of its parts, and unlike anything else available on this critical topic. This book stands out because of Gary’s incredibly thorough and comprehensive presentation of situational awareness, a life-saving ability to spot danger in order to protect ourselves and our loved ones.
I have read many books on the subject, and I can honestly say that no one has even come close to matching Spotting Danger Before It Spots You when it comes to teaching situational awareness. This fundamental skill is key to surviving and overcoming the array of threats that confront the average citizen in the world today.
Armed with the skills taught in this book, you will not need to live in fear; you will live instead in a state of awareness and readiness.
―Dave Grossman, Lt. Colonel, US Army (ret.)
Author of On Killing, On Combat, and Assassination Generation, Director, Killology Research Group

Check in here for updated information and articles regarding, situational awareness, self-defense and family safety. Subscribe to the Gary Quesenberry newsletter and receive a FREE book excerpt, news, latest blogs, as well as updates on upcoming books.